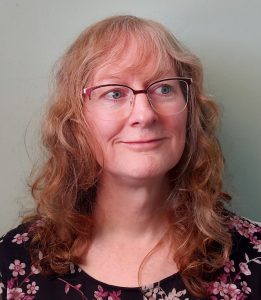 “A constant desire to do better, to question and improve methods. “

Erica Desrochers’s career shows an entrepreneurial and visionary spirit. Rather than following recipes and acting out of habit, she has always sought to make a difference. As for her personal journey, it is precisely that of someone who, one day, took the means to finally feel better.

Obviously, Érica Desrochers was always on the cutting edge. Her resume is indeed rich in experiences which testify to her innovative character. Whether it was with concepts to highlight online grocery shopping, terminology database or digital books, she often set the stage for phenomena that would quickly become mainstream. “I always had a good nose about the new paradigms that were going to stick,” she says. I combine this with a constant desire to do better, to question and improve methods. ”

Pioneer in a Masculine Universe
Érica Desrochers is not one to follow already traced paths. This is outlined by her career as a programmer, making her rare woman in this very masculine environment (there are only 16% of women in the country, according to Statistics Canada).

“In my 30-plus years of programming, I never had a fellow woman programmer,” she says. I don’t know the reason. I have also noticed on various technical problem-solving platforms that almost no woman is involved. Still, women’s level of thoroughness and attention to their work would be welcome in the industry. And there are so many great careers possible for them in IT. ”
With Studio Affordance since April 2019, Érica Desrochers has participated in the creation of a logic engine for games and web applications / games. As Chief Technology Officer, she oversees the development of viable and reusable technologies over the long term for several projects.

She feels very happy in the world of video games. “In the past, I worked in business IT, where we manipulated data. However, it lacked groove, it was cold and dehumanized. ”
In the game industry, she works in a very young environment, which does not upset her, quite the contrary. “I never see my colleagues getting old and I don’t feel any generational gap. In fact, I feel very much where I ought to be, with a good team and stimulating projects. ”

Take the leap… then get better
At a time when confinement and isolation affect many people, Érica Desrochers can testify to the harmful effects of such phenomena in a completely different register.
“Since my birth, my consciousness has been feminine, but my body was masculine. I felt locked in, utterly helpless, and then suicidal as a teenager. When I was around 17, in 1981, I saw a TV documentary featuring transgender women. It was then that I understood what I was and that I could have the operation. ”

However, at the time, psychology treated this condition poorly. So, without help and support, her efforts were unsuccessful. “I liked women, which made me more confused. I accepted to be unhappy with my body, hoping that life would give me gifts, somewhat comforting my inner unhappiness, again, without success. ”

In 2010, an event made her no longer able to resist her nature. “So I started my transition, at 46, with a big impact on my marriage and my family. I understand very well those who feel locked-in during this period of confinement, having been trapped within for most of my life. This is the reason I prompt people not to wait for a gift from life. Trust yourself and go for it, because the wasted years never return. ”

On the social level, Érica Desrochers also believes that we collectively have a lot to learn from trans people. “Since we have long wanted to be the opposite sex, we are constantly reflecting on society, gender relations and the roles we unwittingly play. We ask ourselves a lot of questions and I think we are more observant than average people in this area. ”