UBISOFT INDIE SERIES – TEN INDEPENDENT QUEBEC VIDEO GAME STUDIOS IN THE RUNNING FOR OVER $75 000 IN PRIZES. 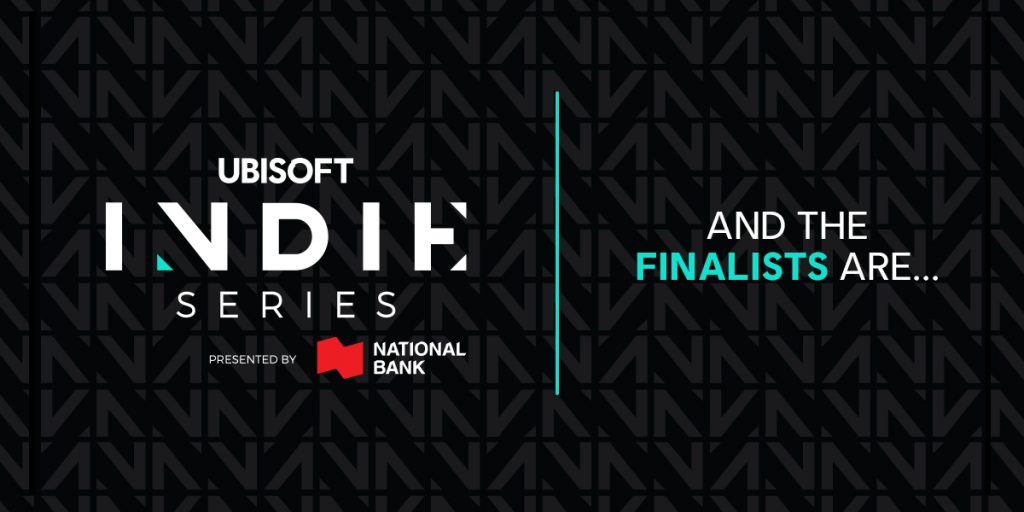 Montreal, March 17, 2022 – La Guilde du jeu vidéo du Québec is pleased to announce the finalists of the 6th edition of the Ubisoft Indie Series presented by National Bank. This competition aims to encourage creativity, leadership and entrepreneurship in the video game industry. This year, more than 30 candidates from across the province submitted their video games to a panel of experts who, after several weeks of deliberation, selected nine finalists based on criteria including gameplay, design, marketing plan and financial plan. Following this selection, a pitch session will be held in front of a jury composed of experts from Ubisoft, National Bank and the industry. Two winning studios will be elected and rewarded at the annual gala on May 5th. The grand prize winner will receive a $50,000 grant and the National Bank’s Coup de Coeur award winner will receive a $25,000 grant. Both will benefit from mentoring and coaching programs offered by Ubisoft and National Bank experts and professional services in the form of personalized meetings as well as a complete financial diagnosis.

Winning studios will also have access to creative and marketing tools, essential for their projects, and support from the Centre d’entreprises et d’innovation de Montréal (CEIM).

Thanks to the collaboration between La Guilde du jeu vidéo du Québec, Ubisoft and Québec EPIX, the winner of the latest edition of the Catapult competition is automatically added to the list of finalists of the Ubisoft Indie Series presented by National Bank. Here are the 10 finalists of this 6th edition:

This year, the awards ceremony will take place during a hybrid gala on May 5.

“For this 6th edition of the Ubisoft Indie Series, we see that the talent of Quebec’s independent studios is more than ever present. We are very happy to see year after year the dynamism and creativity of the Quebec ecosystem. Encouraging the next generation of talent is part of our DNA, and we can’t wait to see the finalists’ presentations and to crown the studio that will win the grand prize this year. Good luck to all the finalist studios!” said Lucile Bousquet, associate vice president of corporate affairs at Ubisoft.

“As a presenting partner of the Ubisoft Indie Series, National Bank is pleased to support video game entrepreneurs in a fast-growing industry. The finalists clearly have a lot of potential and our experts are looking forward to providing them with personalized support to help them develop their business,” added Brigitte Leblanc, Associate Vice-President, Canada and International, Creative Industries Group at National Bank.

“La Guilde’s team is proud to see the quality and originality of the projects selected by the jury. There is a real enthusiasm for this competition , and we are happy to contribute to the promotion of Quebec’s independent talent, recognized both here and internationally. The Indie Series takes this talent to another level and encourages independent studios to surpass themselves in their projects,” says Jean Jacques Hermans, Executive Director of La Guilde du jeu vidéo du Québec.

Here are the details surrounding the two awards that will be presented at the event:

The winning studio will receive:

The National Bank will determine, according to its own criteria, a studio that will win :

About National Bank of Canada
With $367 billion in assets as at January 31, 2022, National Bank of Canada, together with its subsidiaries, forms one of Canada’s leading integrated financial groups. The Bank has more than 27,000 employees in knowledge-intensive positions and has been recognized numerous times as a top employer and for its commitment to diversity. Its securities are listed on the Toronto Stock Exchange (TSX: NA). Follow the Bank’s activities at nbc.ca or via social media such as Facebook, LinkedIn and Twitter.

La Guilde is a non-profit organization that brings together independent and international video game developers, creators, educational institutions and entrepreneurs in related fields based in Quebec. Its vision is to cultivate fertile ground for the industry in order to maintain and strengthen Québec’s status as a world leader in the video game sector through the collaboration of its players. La Guilde is a world leader in this sector and, with 245 members, is the largest group of its kind in the world.