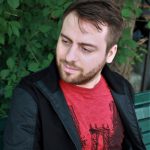 « The bandwidth of a person with autism is very busy. »

By becoming an entrepreneur straight out of university, Alexis Harvey has already demonstrated, despite his young age, that the autism spectrum is not a hindrance in the workplace, particularly in the video game industry. For Alexis Harvey, having autism is not an end in itself. In fact, when he brings up the subject, he quickly puts his cards on the table: “It’s a facet of my personality like being left-handed,” he says. So it’s not a condition, it’s not a deficiency, it’s not a disease, it’s not a handicap. It’s a difference, that’s all. And this difference is something he fully accepts in his daily work. “Many people believe, wrongly, that the autism spectrum affects a person in the same way as a disease, such as cancer or depression. But it is not. Using the left-handed metaphor, he illustrates his situation as follows: “Our world is designed for right-handed people, who are in a large demographic majority. However, left-handed people adjust to it. In the case of a person with Asperger’s, they too adjust to a world not designed for them, but rather for neurotypical people.

Permanently adjusting
This translates into a host of small gestures that go unnoticed for most most of us. For example, social conventions such as looking the other person in the eye during a dialogue are not part of Alexis Harvey’s reflexes. As a result, in a work environment or in his interactions, he has to constantly impose such unnatural behaviour on himself.
“The bandwidth of an autistic person is therefore very busy,” he illustrates with humour. When conversations become complex and require a high level of concentration, Alexis Harvey chooses to lighten his bandwidth by abandoning certain behaviours in order to focus all his attention on the discussion.
For example, he will stop making eye contact and shift the effort he would normally put into it to the conversation at hand. The result is that, although his eyes are elsewhere when he is spoken to, he is in conversational mode, and his attention is focused on the conversation in progress.

Quest for freedom and flexibility
Such irritants did not stop the young university graduate from launching his company, Astrolabe Interactive, in June 2018, together with his partner, Manuel Bergeron. “We met each other while studying game design and we quickly realized how complementary we were during an end-of-term project,” he says. Manuel is used to setting up projects, while I specialize more in production. Neither of us were interested in starting our careers filling in Excel files at the bottom of the ladder. So, since we had similar goals, we set up our own studio. Almost three years after the creation of Astrolabe, however, Alexis Harvey decided to give himself even more freedom, this time by becoming self-employed in game design. The company was doing well and is still going strong,” he says, explaining that he sold his shares to his partner. However, the administrative aspect drained a lot of my energy, both in managing the business and a team of about twenty people. After a strategic pause for reflection, he intends to offer his services on a freelance basis, in a role that will allow him to build on his strengths and devote himself to what he really loves.  What’s more, this status will allow him to wear many hats, as he plans – beyond his passion for video games – to act as a speaker and trainer on occasion. “I’ve been fortunate enough to participate in panels and saw the opportunity to use such forums to raise awareness of what autism is and isn’t.”