NOÉMIE DE ROTHSCHILD: GIFTEDNESS A DIVERGENCY WE SHOULD BETTER UNDERSTAND 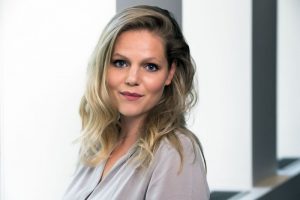 “I have run into people who want to understand instead of rushing to conclusions. “

Noémie de Rothschild has found in the video game industry, particularly at Eidos-Montreal, an environment open to gifted people like her. However, she wants more companies to take the time to understand what this neurodivergency really entails. In fact, employers would gain a lot from it, she said. Even though she was diagnosed as a child, Noémie de Rothschild does not like to be called gifted. For this 25-year-old, this term is not only misunderstood, it also raises undeserved expectations. In France, the word even tends to disappear, because it leads to confusion about what are and what are not those who present this profile. “Contrary to what the term implies, being gifted doesn’t necessarily mean being smarter than others,” she explains. It is a condition characterized by overactive brain combined with hypersensitivity to things that are of little importance to the vast majority of people. ” Benefits and Drawbacks Concretely, this means that when she is confronted with an issue, Noémie de Rothschild manages faster than average to establish links between two ideas or to draw deductions. “On the other hand, I can lose sleep because I question myself and say to myself, ‘Why didn’t I think about it?’ or “I could have done things differently”. In addition, I can sometimes be strongly affected by a word, a gesture or an event that may seem trivial. In short, the advantage of giftedness is being able to assimilate things very quickly. But the perverse side is often seeing the exponential effect of a mistake and quadrupling its potential repercussions. ” Another benefit of giftedness is being able to efficiently manage several files at the same time. This is clearly an asset in the role that Noémie de Rothschild holds at Eidos-Montreal, where she leads public relations for the various products of the organization in addition to contributing to its brand image. “Once a gifted person understands something, they get bored and quickly switch off. Personally, I need to be challenged in everything. However, in the gaming industry, and in the tech world in general, things move and change rapidly. It immediately attracted me to this environment. ” Technologies: An Environment That Would Benefit From Opening Up The specialist admits that she has never been so open about her neurodivergency as at Eidos-Montreal. “I ran into people who first try to understand rather than jump to conclusions. “In this regard, beyond her duties, the young communicator has given herself the mission of educating professional circles to make a difference in the case of neurodivergent employees. And particularly to offer them adequate working conditions to maximize their contribution. “Often, all it takes is minor changes,” she recalls. For example, a person on the autism spectrum will not be able to develop to their full potential if they are placed in a hectic environment, with too much stimulation and hubbub. In this case, it is a mistake to impose open workspaces on them. On the other hand, it is necessary to provide them with their own space, where they will be more comfortable. It is also very important for the team around a neurodivergent individual to understand their difference and to balance things out to respect them. ” To Change Mentalities This missionary side is very present in the career path of Noémie de Rothschild despite her youth. As such, she has volunteered with social communities and educational groups, offering homework help, among other things, to students with atypical profiles, such as those with Tourette syndrome. For the past few months, she has also played a mentoring role with Fusion Jeunesse, an organization that contributes to the academic perseverance, employability and civic engagement of young people. “My goal is to make them better aware of my profession and the world of video games to show them that women have their place in it. Even among this generation, beliefs persist. So, when I reveal my professional field to them, some people say to me: “You’re a girl and you work in this?” or “You don’t look like a tech person at all.” ” In this regard, she hopes that the business world will become more receptive and allow mentalities to evolve in order to make room for people with varied profiles. “Making the effort is a good place to start,” she concludes. To discover other exceptional profiles, visit our blog page!